The Sonoma-Marin Area Rail Transit (SMART) District Board of Directors, established in 2002, is governed by a 12-member Board consisting of elected officials appointed as specified by AB 2224: two county supervisors each from Marin and Sonoma counties, three appointed City Council members from each county and two representatives from the Golden Gate Bridge District.

The SMART District is charged with planning, engineering, evaluating and implementing passenger train service and corridor maintenance from Cloverdale to Larkspur.

To view information on SMART Board Member compensation, click here.

SMART Board of Directors

Supervisor David Rabbitt was elected in November, 2010 and is serving his second term representing the diverse blend of urban and rural comprising the Second District of Sonoma County. He has served as a Director on the SMART board since 2013. He has served two consecutive terms as Chair of the Board of Supervisors in 2013 and 2014 and is currently Chair Pro Tem for 2017. 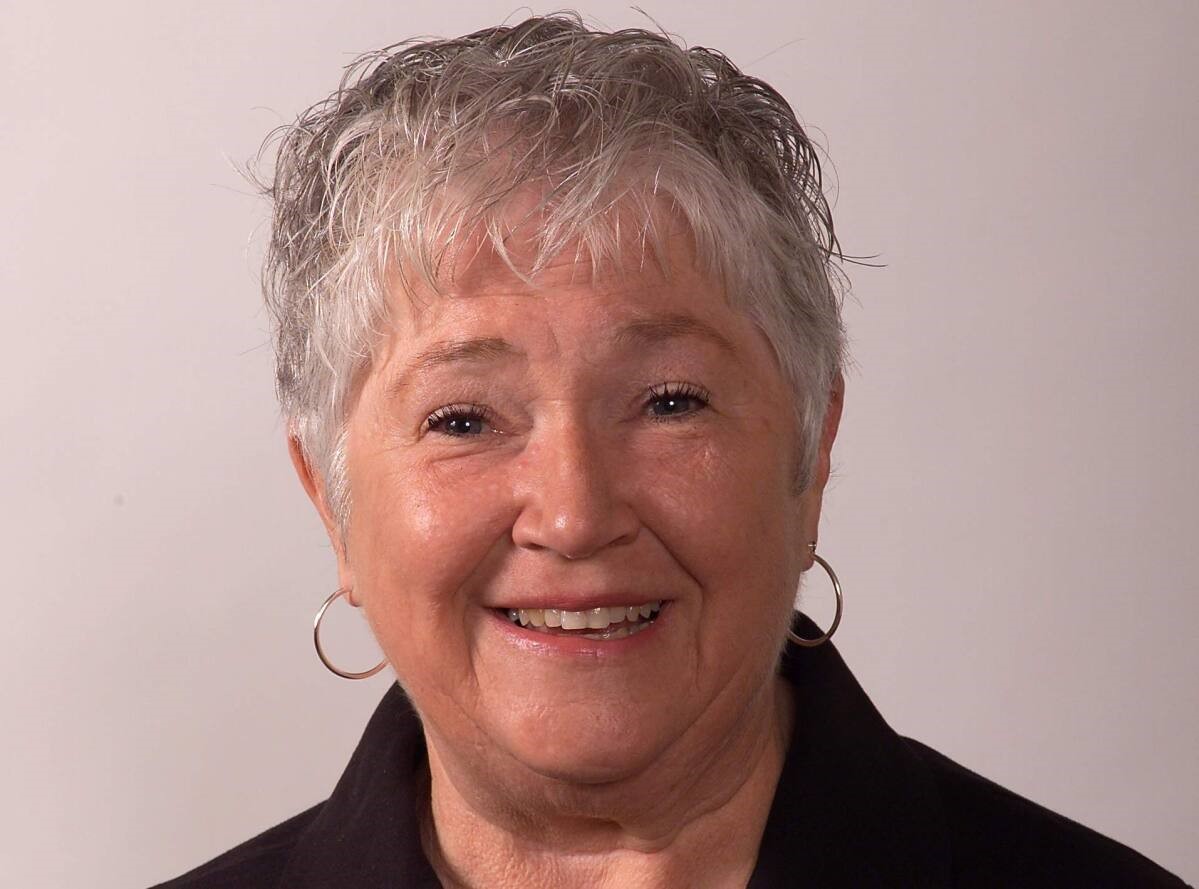 In addition to serving on the SMART Board of Directors, Barbara Pahre is second vice president on the Board of Directors for the Golden Gate Bridge, Highway and Transportation District, where she is chair of the Finance-Auditing Committee, and a member of the Transportation Committee, and the Rules, Policy and Industrial Relations Committee. Director Pahre is also a facilitator for the Napa Food Bank/Latinos Unidos Sanctuary Garden. She retired as an associate superintendent for the Napa Valley Unified School District, and is an adjunct professor at Chapman University. She is also a member of the Board of Directors for Connolly Educational Ranch and a member of the Governance Board of Covenant Presbyterian Church. She is immediate past president, Division 65 California Retired Teachers Association, and a former chair of the State Dairy Council Advisory Board and the Napa County Fish and Game Commission. She also served on the City of Napa Open Space Committee, the City of Napa General Plan Review Committee and the City of Napa Civil Service Commission. She has a degree from Iowa State University, a graduate degree from Sonoma State University, and a doctoral degree in education from the University of Southern California. 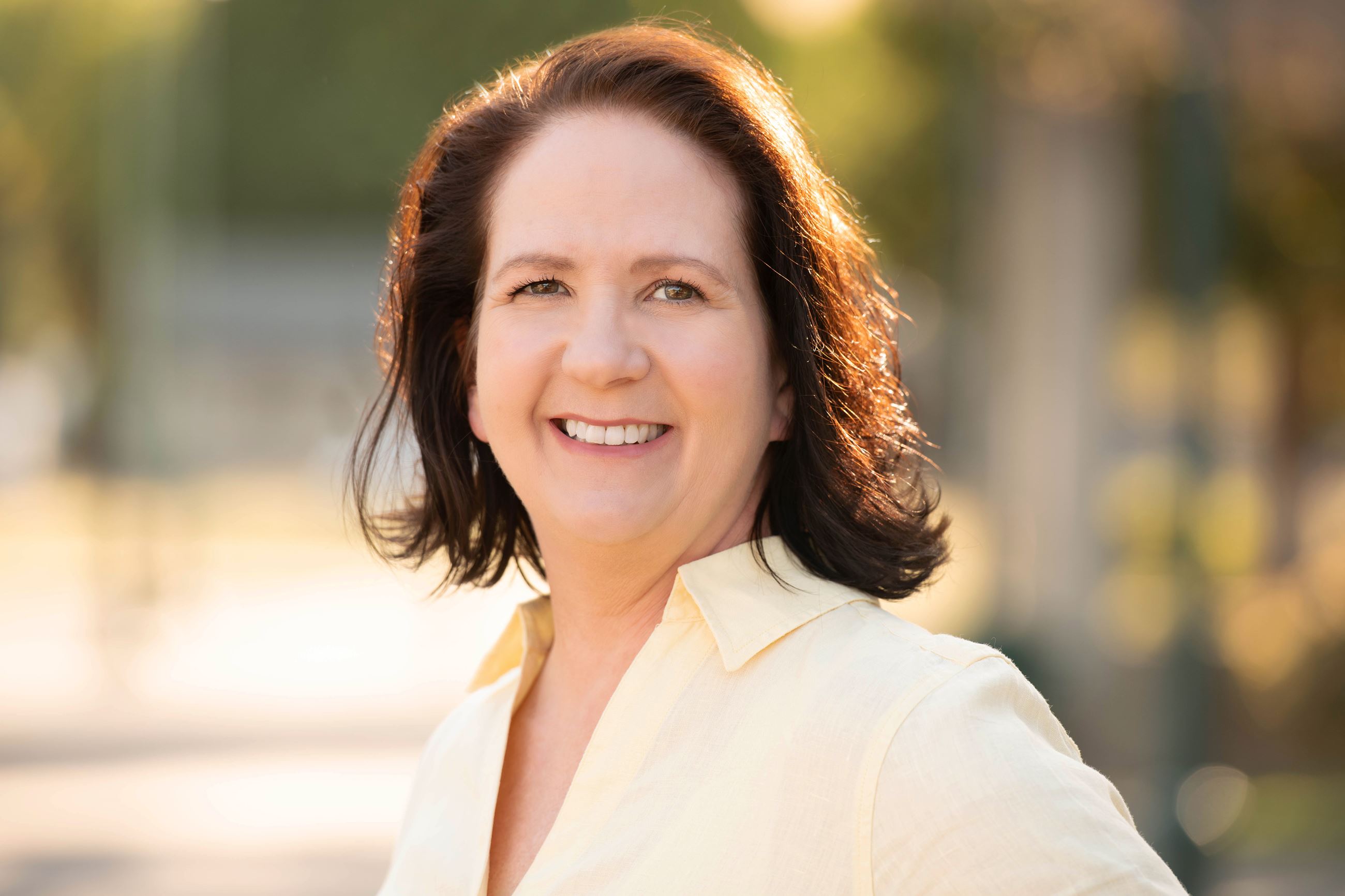 First elected to Cloverdale City Council in 2016, Melanie Bagby served as 2019 Mayor, and was re-elected in 2020. In 2021, she was appointed by the Mayors & Councilmembers of Sonoma County to SMART and serves on Cloverdale’s Planning & Sustainability Subcommittee; Sonoma Clean Power Board of Directors; Sonoma County Transportation Authority/Regional Climate Protection Authority Board of Directors; and CalCities’ Governance, Transparency & Labor Relations and Environmental Quality policy committees.

Previously, she served on the Cloverdale Planning Commission 2009-2015, five as chair; as the 4th District appointee to the Sonoma County Economic Development Board; and was a Cloverdale appointee to Climate Action 2020. She holds a BA in Political Science from Pepperdine University and is a 2009 Fellow of the Leadership Institute for Just and Resilient Communities. 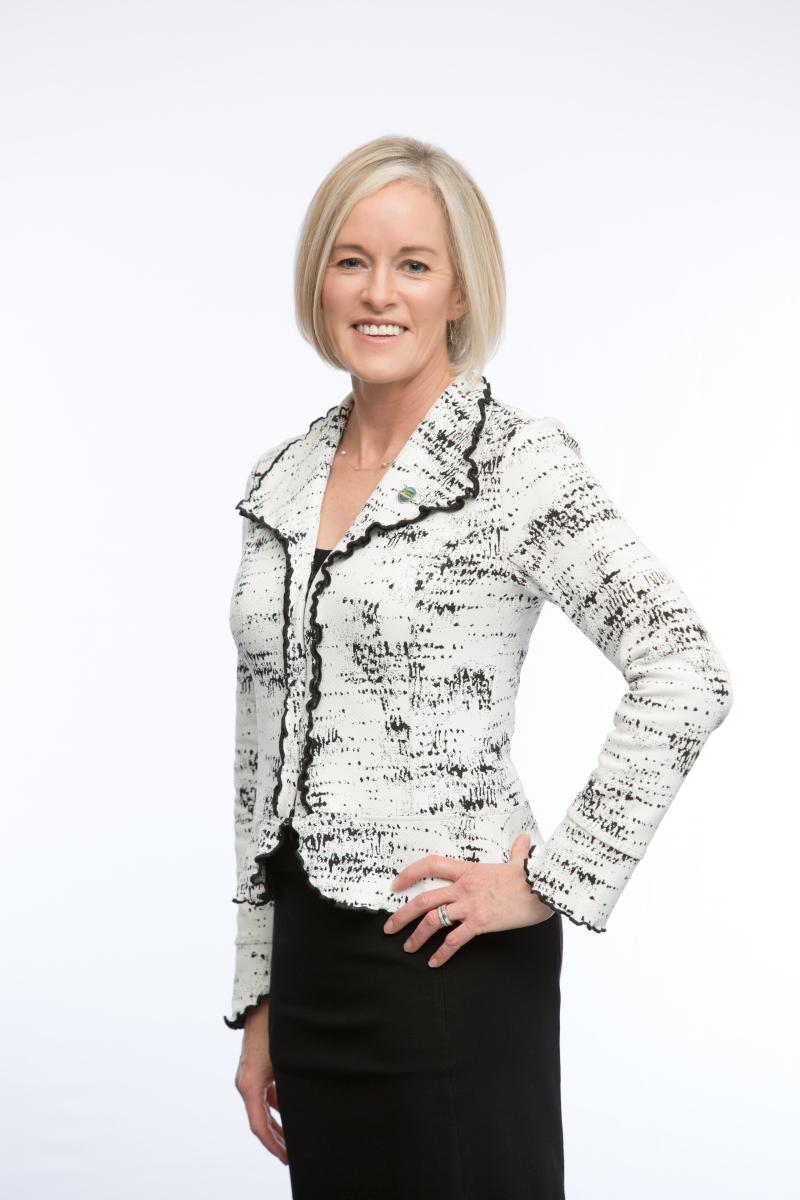 Kate Colin was elected as San Rafael’s first female Mayor in November 2020 after serving on the City Council since January 2013. She is currently the Board President of Marin Transit which she has been on since 2016. She is San Rafael’s representative on the Transportation Authority of Marin. She brings a strong background in community engagement and communication developed through her years as a business marketing executive. She and her husband have lived in San Rafael since 1996 where they raised their two children.  Kate has a MBA from Kellogg Graduate School of Management and a BA from Dartmouth College. 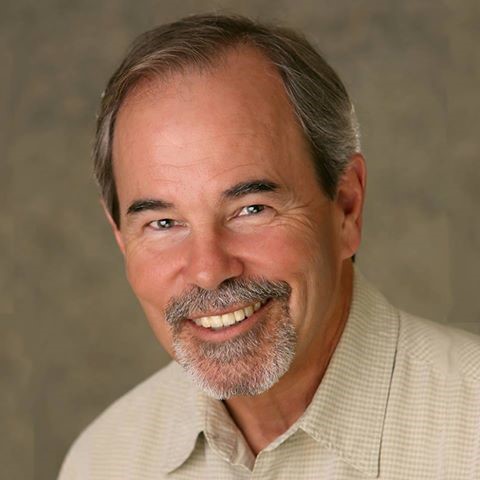 Sonoma County Supervisor Chris Coursey had a 30-year career in journalism before he turned to public service in 2007.

A long-time news columnist for The Press Democrat, he became spokesman for the SMART rail district in 2007, helping the commuter train project win the support of nearly 70 percent of Sonoma and Marin county voters in 2008.

He was elected to the Santa Rosa City Council in 2014. He served as vice-mayor of the city in 2015 and was chosen by his colleagues to serve as mayor at the end of 2016.

As mayor he was tested by one of the most devastating wildfires in California history. The Tubbs Fire and other blazes in October 2017 killed 22 people and burned more than 5,300 homes in Sonoma County, including more than 3,000 homes in Santa Rosa. Coursey spent the bulk of his two-year term leading the recovery, working closely with his elected colleagues at the county, state and federal levels and providing a caring, empathetic presence for fire victims and the many other residents traumatized by the disaster. His term ended in December 2018.

He was elected 3rd District Supervisor in March 2020 and took office in January 2021.

Chris has four adult children, three of whom live in Sonoma County, and three grandchildren. 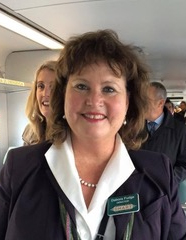 Debora Fudge is the Vice Mayor of the Town of Windsor and is the only six-time Mayor in Windsor’s history. She has worked to change Windsor from an exit on the highway to a town with a heart, helping to create Windsor’s Downtown and Town Green. She has previously served as Chair of the Board of Directors of SMART (Sonoma-Marin Area Rail Transit) and is excited to be a Board member during startup of passenger rail service in Marin and Sonoma Counties. She is working hard to extend the train north to Windsor, Healdsburg and Cloverdale. She has undergraduate and graduate degrees in community development and environmental planning. Creating greenbelts, transit oriented development, and now commuter rail service are her life’s work which she has been pleased to be able to contribute to Sonoma County. 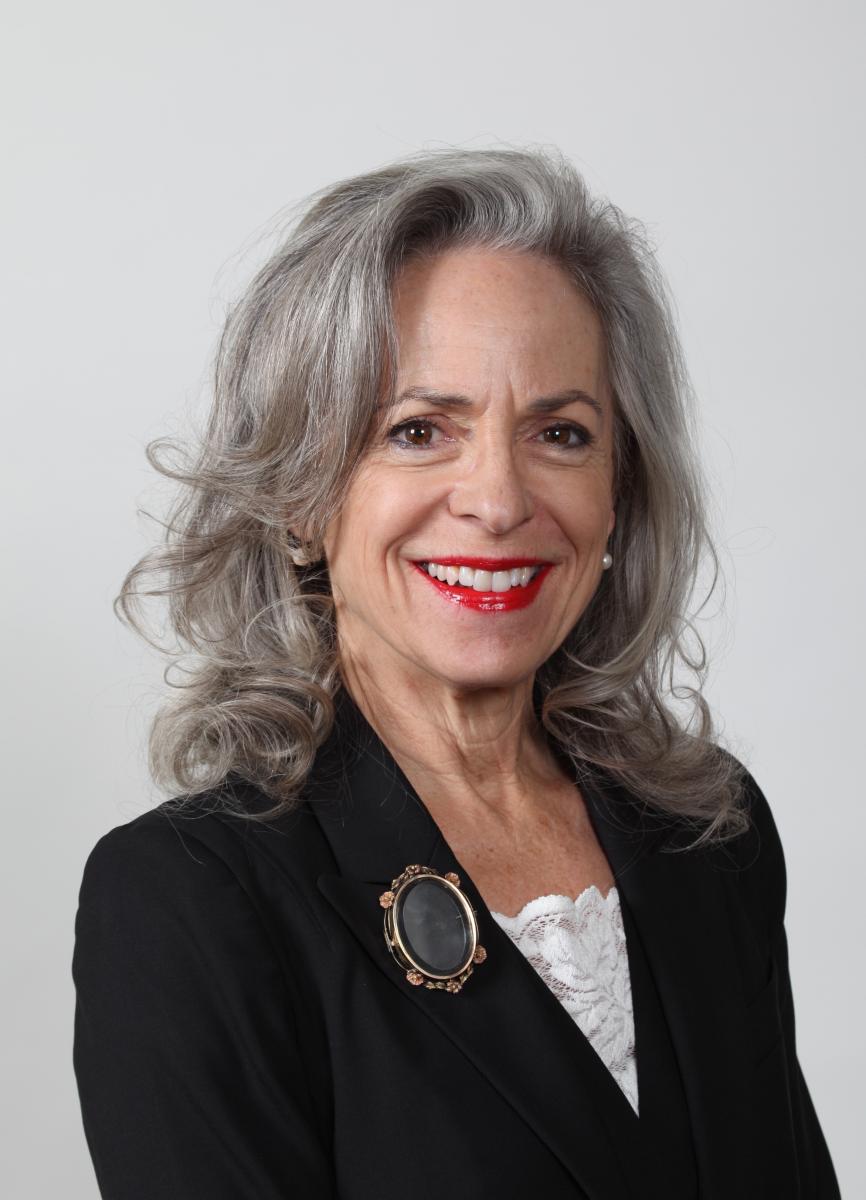 Patty Garbarino, while serving as president of Marin Sanitary Service, Marin Recycling Center and Marin Resource Recovery Center, blazed a trail as the first woman president of the California Refuse Recycling Council.  Today, Patty is responsible for policy development and implementation and the overall management and oversight of the operations of the company.  Patty also remains directly involved in all aspects of the company’s governmental and community relations as well as the public education program.  Patty has been recognized for her civic and community contributions, including being inducted into the Marin Women’s Hall of Fame, honored with a Women In Business Award for Environmental Service, and Citizen of the Year by the City of San Rafael. 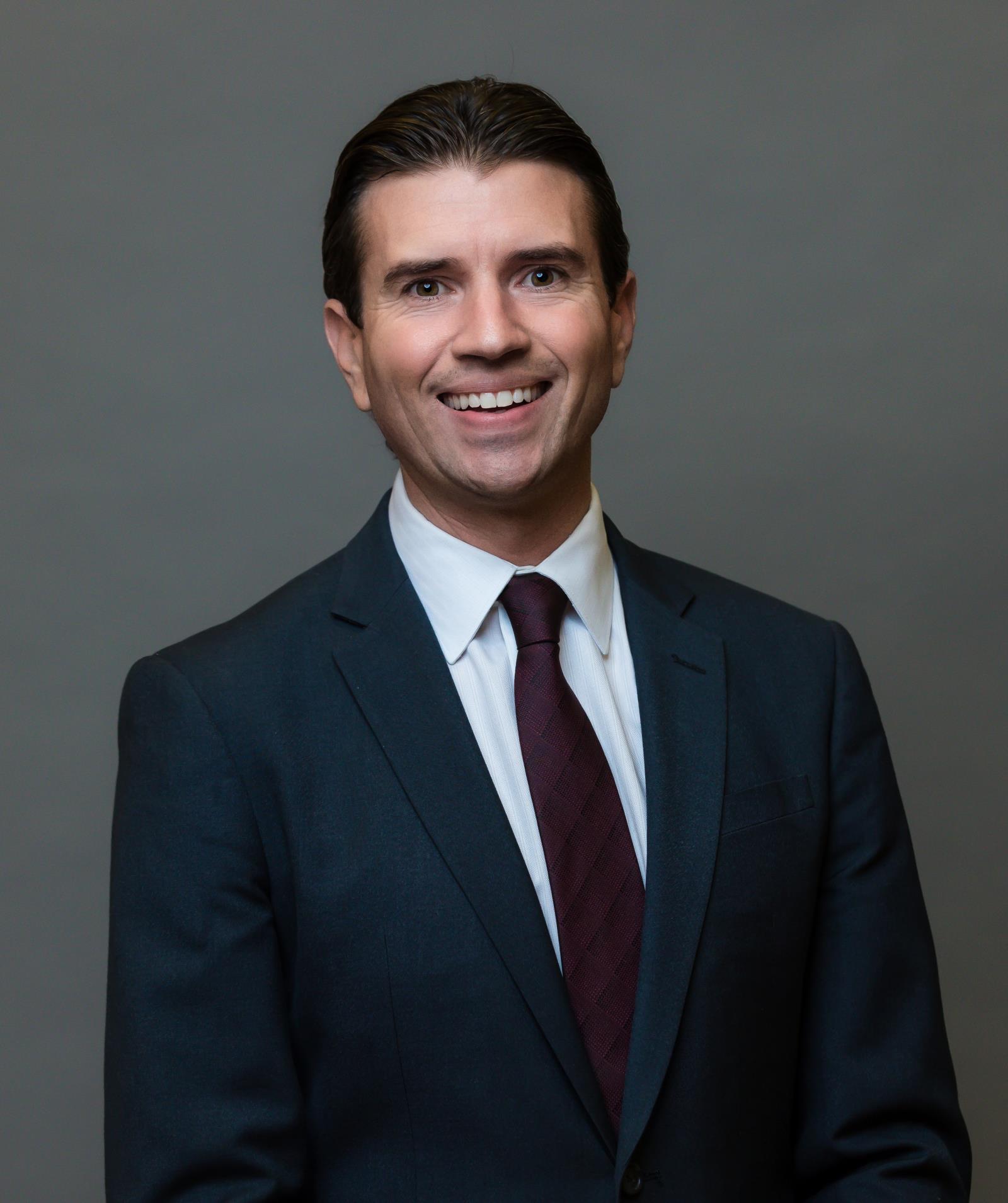 Eric Lucan was elected to the Marin County Board of Supervisors in 2022 representing District 5 which includes the majority of the City of Novato and the unincorporated communities of Bel Marin Keys, Loma Verde, Black Point, Green Point, Rush Creek/Atherton Corridor, and Indian Valley.

Prior to serving on the Marin County Board of Supervisors, Eric served on the Novato City Council for 11 years, with three rotations as Mayor. Eric previously served as a member of the SMART Board in 2012-2014 and 2016-2022 as a City Council appointee. He is a strong advocate for improving and expanding multi-modal public transportation options, and in addition to serving on SMART, Eric serves on the Transportation Authority of Marin Board of Commissioners and the Marin Transit Board of Directors. Eric holds an MBA from Georgia State University. He lives in Novato with his wife Kiley and their two children Noah and Selah. 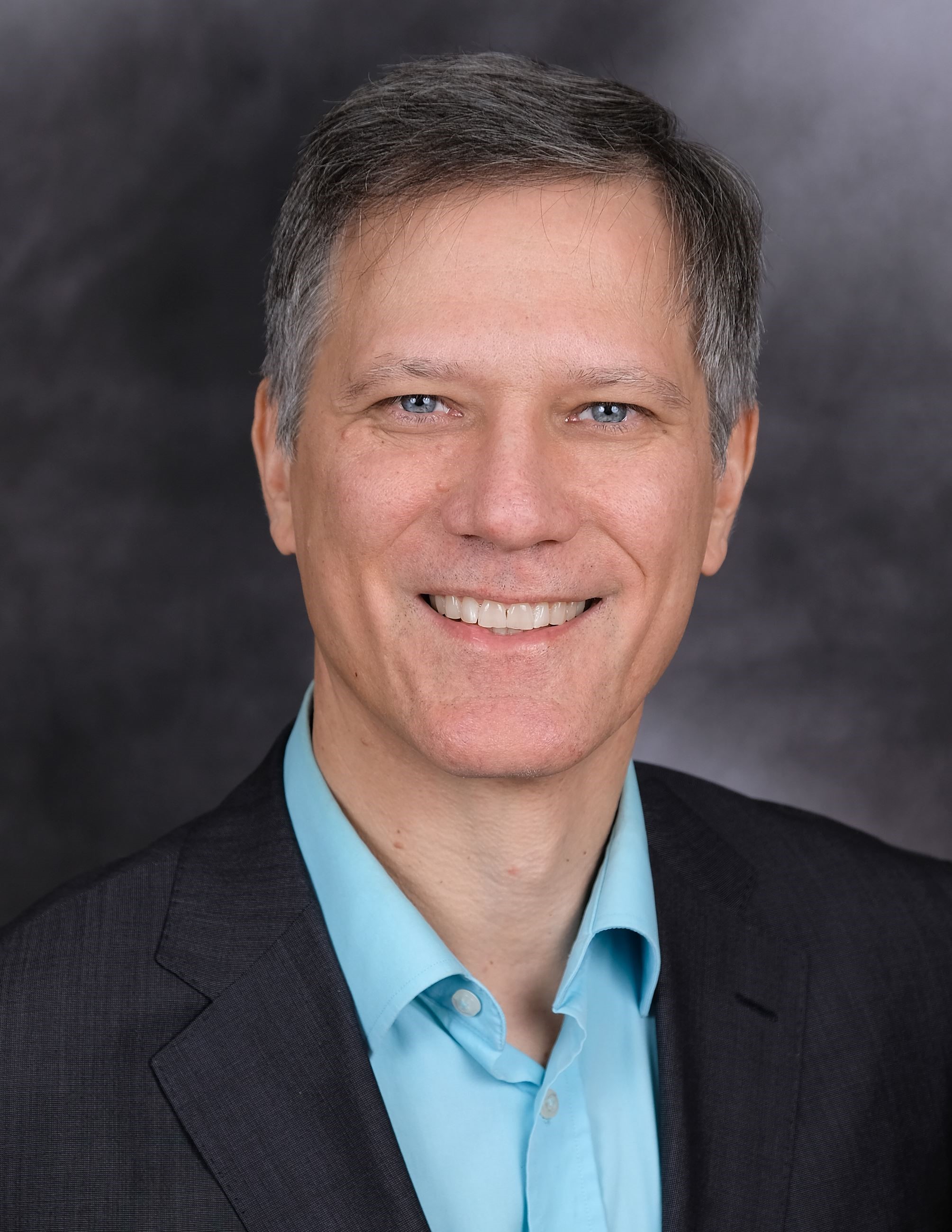 Gabe Paulson has been an active community volunteer for 20 years and joined the Larkspur City Council in 2019.  He had been working in Marin since 1999 and became a Larkspur homeowner in 2010 where he lives with his wife and son.  He joins the City Council planning to engage and give voice to citizen and business concerns, improve fire, flood and earthquake readiness, expand high quality services by collaborating with other agencies and maintain fiscal and operational excellence.

Gabe is the founder and owner of a custom software business which has employed over 30 people and delivered over 200,000 hours of software consulting services. His teams have served the US Coast Guard since 2001 and Marin/Bay Area businesses since 1996.  He originally studied to be a research professor at Princeton (BA physics) and UC Berkeley (MA physics) and taught at both UC Berkeley and Mills College in Oakland.

In his spare time, Gabe is an avid traveler, guitarist and reader. After visiting 49 countries, he still feels some of his best adventures have been in Marin, for example running the Dipsea Race (five times), cycling the Marin Metric Century, camping and kayaking throughout the county. 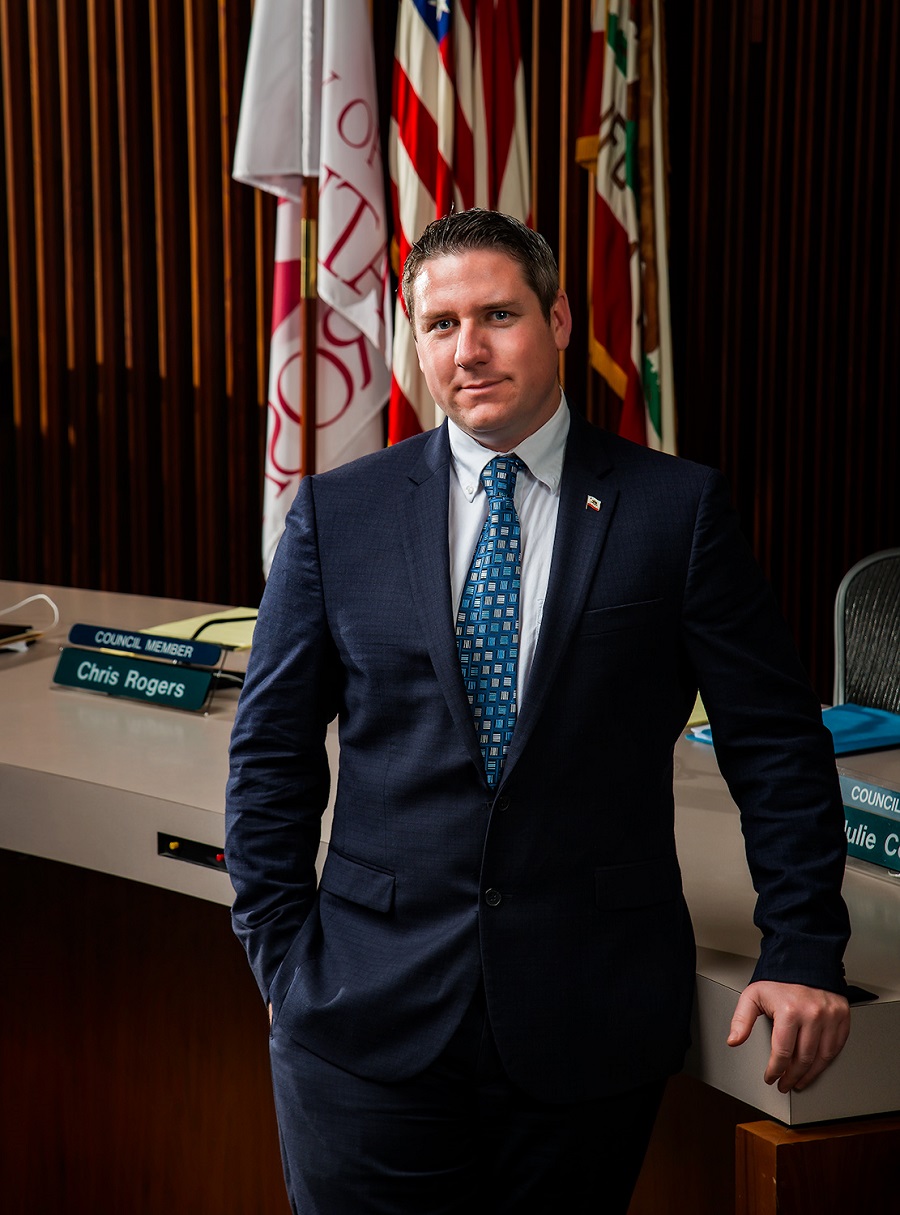 After being elected in 2016 and re-elected in 2020, Chris was selected by his colleagues to serve a two-year term as the youngest Mayor in the history of Santa Rosa. Mayor Rogers represents District 5, which includes the neighborhoods of Downtown Santa Rosa, Railroad Square, St. Rose Historic District, and Luther Burbank.

Prior to his council career, Chris served as a legislative aide in Sacramento during his tenure with the California State Senate and State Assembly. He has also worked on renewable energy financing and is currently an administrator for a nonprofit environmental organization. Currently Chris serves on the Sonoma County Transportation and Regional Climate Protection Authorities, Sonoma Clean Power, and Sonoma County Health Action. Chris also service on the California League of Cities Mayors and Councilmembers Legislative task force and the Association of Bay Area Governments executive committee.

Chris has represented all nine Sonoma County cities on the Sonoma-Marin Area Rail Transit (SMART) board of directors since 2019. Chris lives with his wife, Sarah, a local nurse, their two cats Leo and Flora, and four chickens Beaktrix, Egret, Minerva, and Ethel. Chris has a Masters in Public Administration from Sonoma State University and a Bachelors in Political Science from U.C. Santa Barbara. 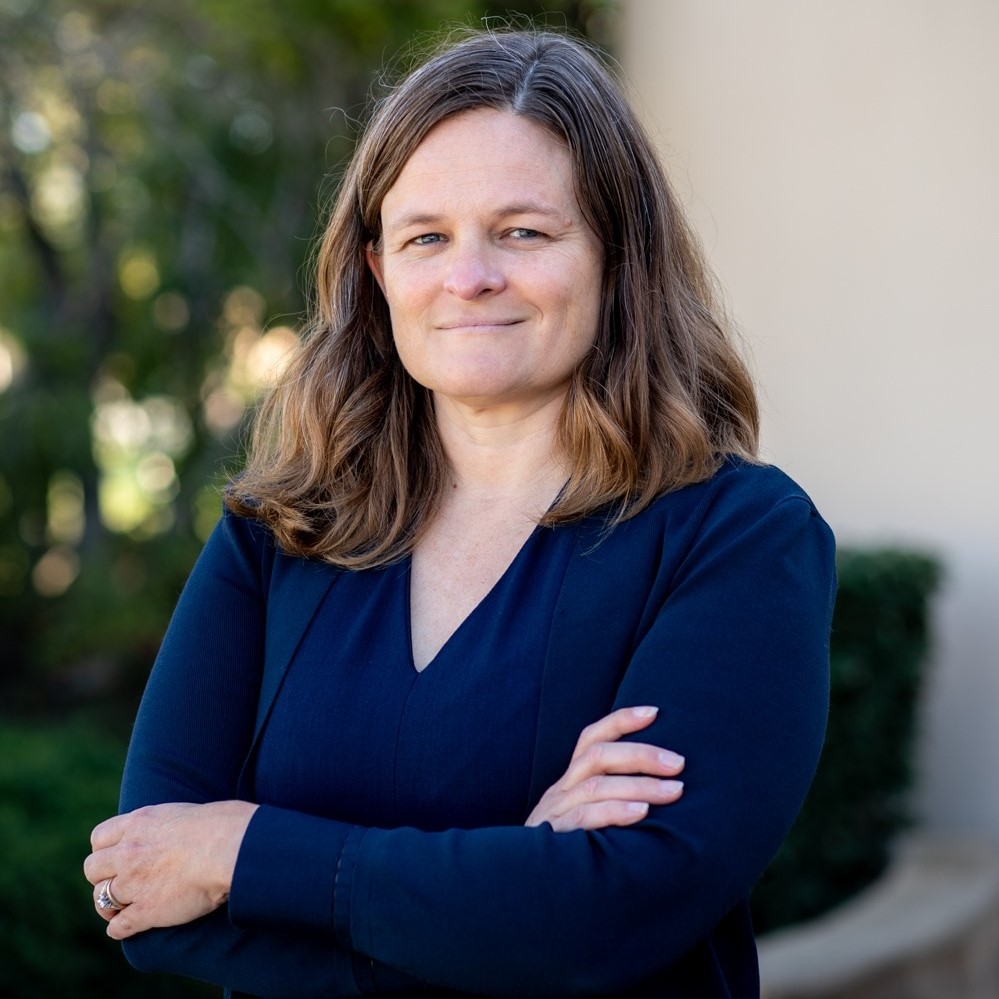 Marin County Board of Supervisors

Mary Sackett was elected to her first term on the Marin County Board of Supervisors representing District 1 and took office in December 2022. District 1 covers Lucas Valley and Marinwood and extends south to 4th Street and east to Pt. San Pedro Road. Mary is committed to closing gaps in our multi-modal transportation system and also serves on the Transportation Authority of Marin Board of Commissioners, the Marin Transit Board of Directors, and the Great Redwood Trail Agency. She has a B.A. from the University of Iowa in Geography and a J.D. from West Virginia University. Mary and her family have resided in Terra Linda since 2002.